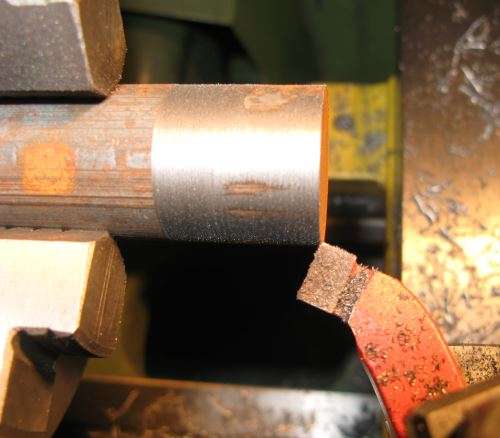 We have a page listing the different types of materials, but here I wanted to look at the materials engineering. Here I want to look at everything from abrasion hardness to yield strength. Gradually add posts to explain them in details.

Ablating Material – a material, especially a coating material, designed to provide thermal protection to a body in a fluid stream through loss of mass. Ablating materials are used on the surfaces of some re-entry vehicles to absorb heat by removal of mass, thus blocking the transfer of heat to the rest of the vehicle and maintaining temperatures within design limits. Ablating materials absorb heat by increasing in temperature and changing in chemical or physical state. The heat is carried away from the surface by a loss of mass (liquid or vapour). The departing mass also blocks part of the convective heat transfer to the remaining material in the same manner as transpiration cooling.

Brinell Hardness – Characterizes the indentation hardness of materials through the scale of penetration of an indenter.

Delamination Strength – Measure of the node-to-node bond strength of honeycomb core materials. equal to the tensile load applied to a honeycomb panel at fracture divided by its width times its thickness

Density – The derived SI unit of density is kilogram per cubic metre, kgm-3.

Deposit Corrosion – Corrosion occurring under or around a deposit on a metallic surface. Also called Poultice Corrosion.

Ductile-to-Brittle Transition – The transition from ductile to brittle behaviour with a decrease in temperature exhibited by Body Centred Cubic (BCC) alloys; the temperature range over which the transition occurs is determined by Charpy and Izod impact tests.

Edge Tearing Strength – Measure of the resistance of paper to tearing when folded over a V-notch beam and loaded in a tensile testing machine. Results are re-ported in lb or kg.

Effective Particle Density – The mass of a particle divided by its volume including open pores and closed pores.

Embrittlement – Reduction in ductility due to physical or chemical changes

Endurance Limit – In fatigue testing, the number of cycles which may be withstood without failure at a particular level of stress. Generally ‘infinite’ life means more than 107 cycles to failure. If the term is used without qualification, the cycles of stress are usually such as to produce complete reversal of flexural stress. Above this limit failure occurs by the generation and growth of cracks until fracture results in the remaining section.

Envelope Volume – The external volume of a particle, powder, or monolith such as would be obtained by tightly shrinking a film to contain it.

Fatigue Corrosion – The process in which a metal fractures prematurely under conditions of simultaneous corrosion and repeated cyclic loading at lower stress levels or fewer cycles than would be required in the absence of the corrosive environment.

Ferrimagnetism – Material that has populations of atoms with opposing magnetic moments, the opposing moments are unequal and a spontaneous magnetization remains.

Ferroelectricity – Spontaneous alignment of electric dipoles within a material under the influence of an electric field, resulting in a hysteresis loop when the direction of electric field is switched.

Fire Resistance – The resistance of an object or system to fire. Fire resistance may be applied as a coating or as a methodology in a particular construction design.

Flexural Strength – A property of a solid that indicates its ability to withstand bending.

Hooke’s Law states that, in a linear system, the restoring force is proportional to the displacement of the body, acting in a direction as to restore equilibrium.

Modulus of Rupture – breaking strength in a non-ductile solid as measured by bending. Alternate terms are flexural strength and torsional strength. The modulus of rupture is the maximum surface stress in a bent beam at the instant of failure. It is always larger than the tensile strength by a factor of about 1.3. The Modulus of Rupture strictly only applies to brittle materials.

Graph of stress as a function of strain. It can be constructed from data obtained in any mechanical test where load is applied to a material, and continuous measurements of stress and strain are made simultaneously.

It is constructed for compression, tension and torsion tests.

Ra averages all peaks and valleys of the roughness profile and then neutralizes the few outlying points so that the extreme points have no significant impact on the final results.

Rz is calculated by measuring the vertical distance from the highest peak to the lowest valley within five sampling lengths, then averaging these distances. Therefore, measured extreme points influence the final number.

Yield Strength – indication of maximum stress that can be developed in a material without causing plastic deformation. This is the stress at which a material exhibits a specified permanent deformation and is a practical approximation of elastic limit.

Young’s Modulus – the modulus of elasticity is the slope of the initial, linear-elastic part of the stress-strain diagram.

Materials Engineering covers a vast subject area, even in the world of model making and model engineering it is vast. I will gradually add width and depth to this subject.