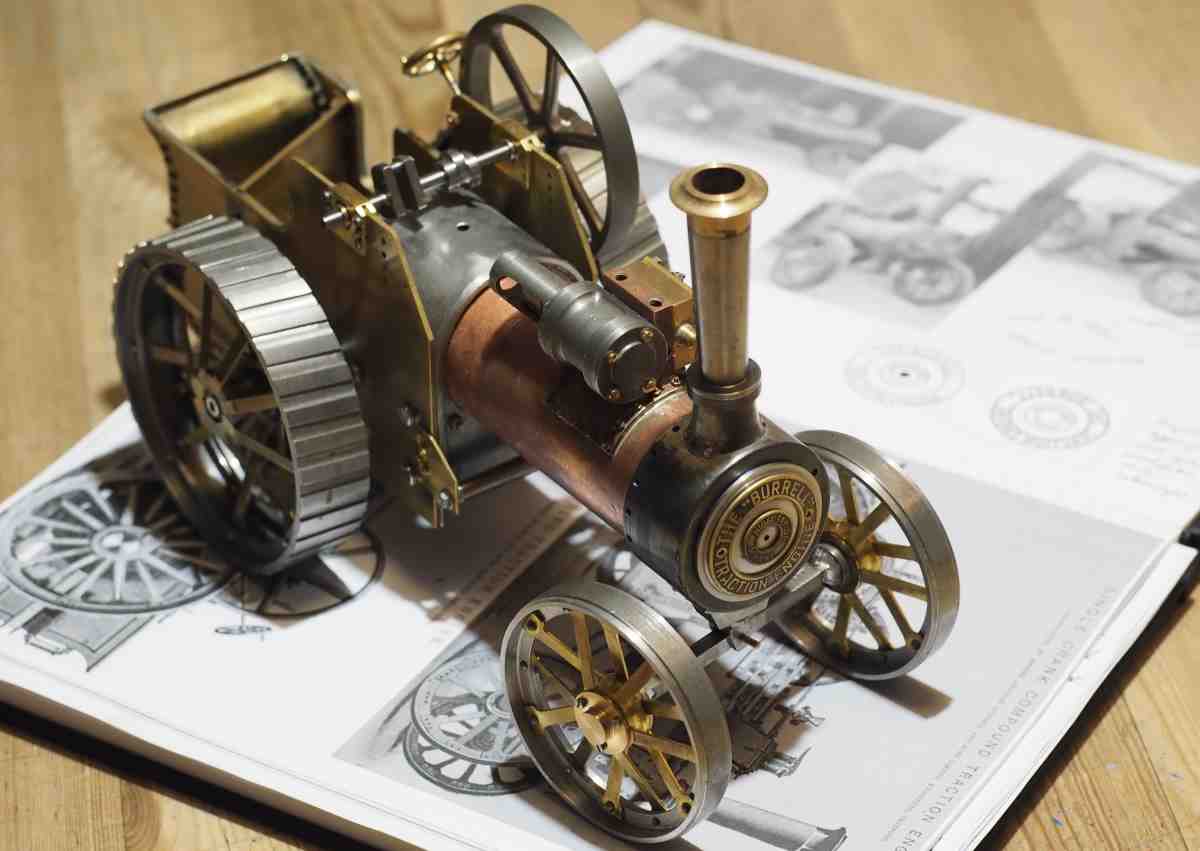 I’ve been thinking about the Burrell gearing for some time. Calculating the overall ratio, estimating the maximum torque and speed of the traction engine.

The rear wheels are 75mm in diameter.

1861 Locomotive Act, which regulated the use of steam locomotives and traction engines on the open road. It set a maximum speed of 10mph in open country and 5mph in towns, with fines of £10 for speeding (a term that has to be used loosely when the limit is 5mph).

Not so fast – roads.org.uk

Based on this my plan is to run with an overall ratio of 10:1. This feels like a sensible compromise. At 1000rpm on the engine this will give me a top speed of 1.1mph (Note: these calculations have been done with the excel Workshop Calculator – free to download).

This is equal to 0.5m/s and when you think in those terms that feels quite reasonable if you are running this engine on a table top.

14mm stroke means ~0.32Nm of torque at the flywheel

the drive wheels are 97mm OD and so hence 32N of tractive effort and the engine will be around 1.8 to 2kg

Also, I’m likely to run at a pressure of 45psi mostly and so I think around ~24N

That should be fine