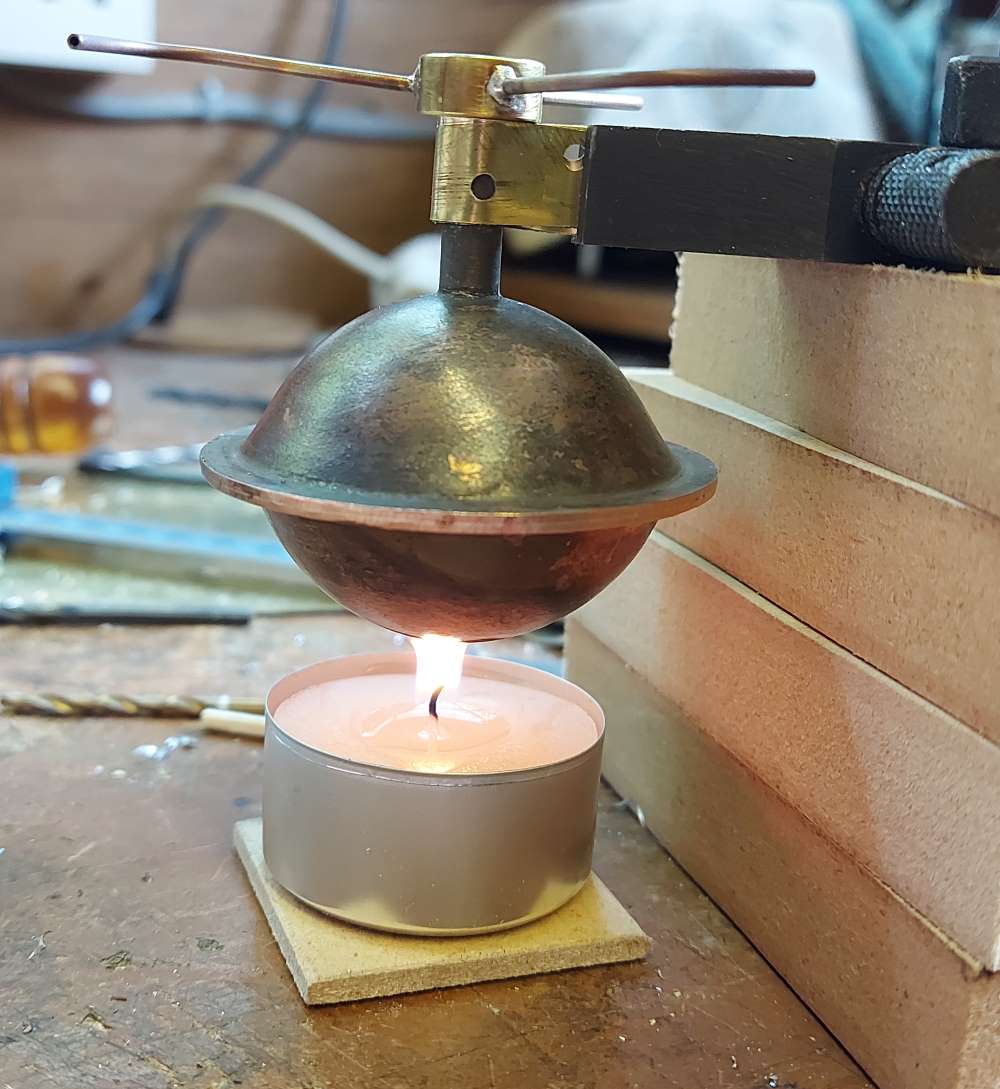 Sometimes you get an idea in your head and mine was to make a Heron of Alexandria Steam Engine. Heron’s Aeolipile reaction steam engine from circa 10–70 AD is just an interesting toy. But maybe it inspired a few people on the 2000 year timeline of engines?

First of all it is worth watching the engine run in it’s simplest form. Hopefully this will inspire you like it did me.

The boiler is made from a copper sphere. OK, as you will see it’s not a perfect sphere.

You will need to anneal the copper a lot of times to form it. This is a slow process.

The jig was made from flat mild steel.

The two plates are bolted together with 4x M5 caphead bolts and 16x M3 caphead bolts. On reflection I should have replaced the 4 M3 capheads with just 2x M4 bolts.

This does mean it takes a while to remove the plate for annealing.

The other side of the jig is actually a piece of 2″ round steel machined into a dome.

I machined this dome on the HobbyMat lathe some 5 or so years ago. I thought I could spin a copper dome, hmmm, no hope.

The 0.5 ton press is on the small side and it takes a lot of annealing steps to get a dome.

However, I tried accelerating the process by applying more force using the large vice and it split the copper. Hence, small steps and lots of annealing is fine for now.

The finished “sphere” and the jets……more on this later.