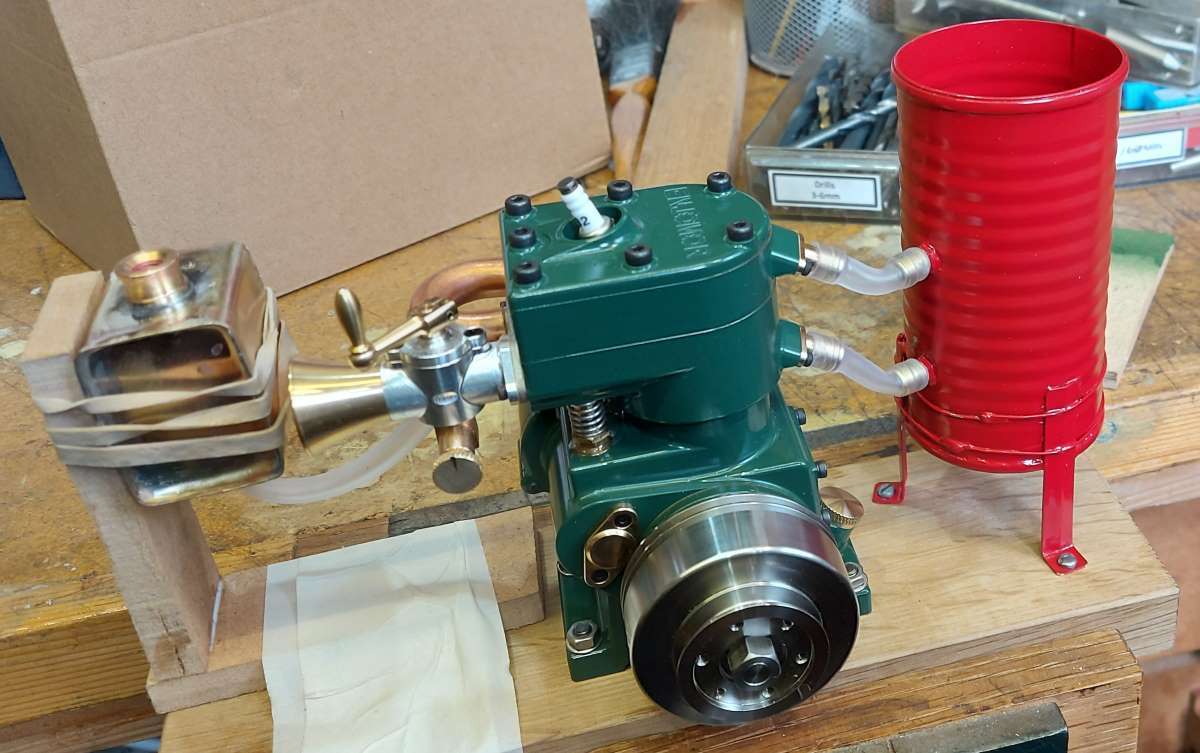 Running the Enjomor Whippet on glow fuel. I’ve made a cooling tank, part made a fuel tank and the engine is fix to an oak base. Before going too much further I really wanted to run this little engine.

The engine has a good quality engine oil in the sump. Must admit that I screwed the oil cap back in place and turned the engine upside down for a while, just to ensure the piston, conrod and bearings had some oil over them. I know the oil will get moved around by the splasher on the big end of the conrod, but nothing better than starting well oiled.

I made the fuel tank from brass sheet. However, before making the stand for the fuel tank I wanted to check what height the engine wanted the tank.

My original thought was to make the tank level with the needle valve. I think it would actually have been ok to have the tank sat directly on the wooden base. 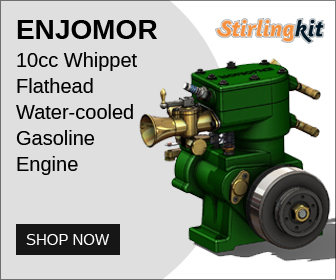 A parcel arrived from StirlingKit yesterday and I had to just calmly wait until this afternoon before unpacking the Enjomor Whippet.

Must state that this is a Paid Promotion as this is a gift from the StirlingKit team for me to review.