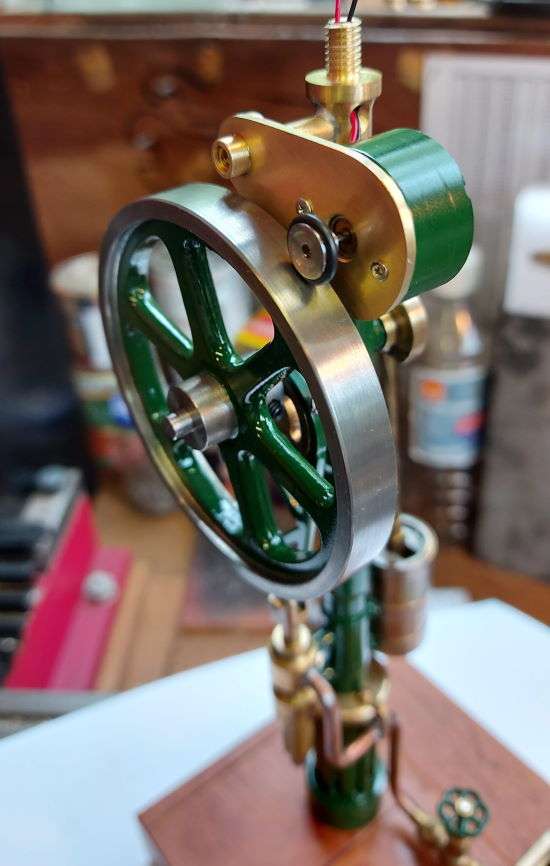 This all started with me wondering what it would be like to have steam powered street lighting. Could we have a network of steam and a steam engine attached to the lamp post? How big would these engines have to be? What would the sound in our streets be like?

Its like something out of a reverse Blade Runner movie, I can just imagine Harrision Ford chasing mutants down a dark alley lit by a row of steam engine lamps!

The original lamp post engine was made some time ago. It then sat on display and was occasionally run on compressed air. I had ideas of adding a lantern, but just never got there. Over the years I have tried a motor running against the flywheel with a small LED attached.

The dynamo came from a small electric motor. I ended up trying a few different motors and LED’s to get a combination that worked. In the end a motor from a Christmas card worked best.

The best LED was a 3mm flickering flame one. The LED was simply connected to the positive and negative outputs of the motor. The motor was then driven at a reasonably high speed and the LED would light.

The motor was geared around 8:1 versus engine speed by driving the motor from the engine flywheel.

In the end I think I’ve made beautiful steam powered street lighting.