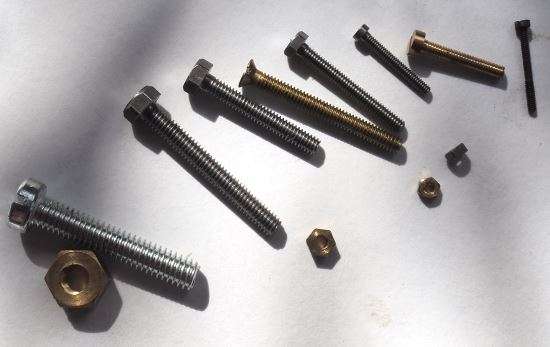 A British system of threads with 47.5° included angle with rounded roots and crest. Even numbers are the preferred sizes.

Origins of the BA Thread

The basic principles for the BA Thread were laid down in a report to a committee consisting of some of the notable people in engineering in the late 19th Century.

appointed for the purpose of determining a Gauge for the manufacture of the various small screws used in Telegraphic and Electrical Apparatus, in Clockwork, and for other analogous purposes.

Report of the British Association for the Advancement of Science (1882) – Report of the Committee consisting of Whitworth, Siemens, Bramwell

The background requirement was to create a standard for a thread system and an example of the issue was given to the committee:

a manufacturer who had to execute an order for railway signal apparatus in accordance with three sample instruments containing among them twenty-one screws of different threads, not one of which happened to be in use in his shop.

A system had been proposed to a committee in Geneva earlier in 1878 by Professor Thury.

A number of screw threads from different manufacturers had been collected, measured and plotted. Thus they proposed a mathematical equation to represent the mean through the sizes. They then fixed a point which was 1mm pitch for the 6mm diameter thread. The form of the thread was triangular, the angle produced by the two sides being approximately 47.5°, the depth being 3/5 of the pitch, the top being rounded off by a radius of 1/6 and the bottom a radius of 1/5 of the pitch.

The committee with both Whitworth and Siemens present were given the opportunity to examine samples of the threads produced using the Thury system.

The question of the introduction of the metrical system occupied the serious consideration of the Committee, but, considering the fact that it is not generally adopted in engineering or manufacture in England, and that it is as yet little understood by our workmen, it was thought better to suggest no change in this direction.

It was interesting that the committee understood the simplicity of the metric system and they thought that it’s introduction into scientific circles was welcome, they thought that while the yard was the British legal measurement of distance it was impossible to change. Finally the committee recommended to have a few gauges constructed for distribution and examination. I wonder where these gauges are now, [email protected]