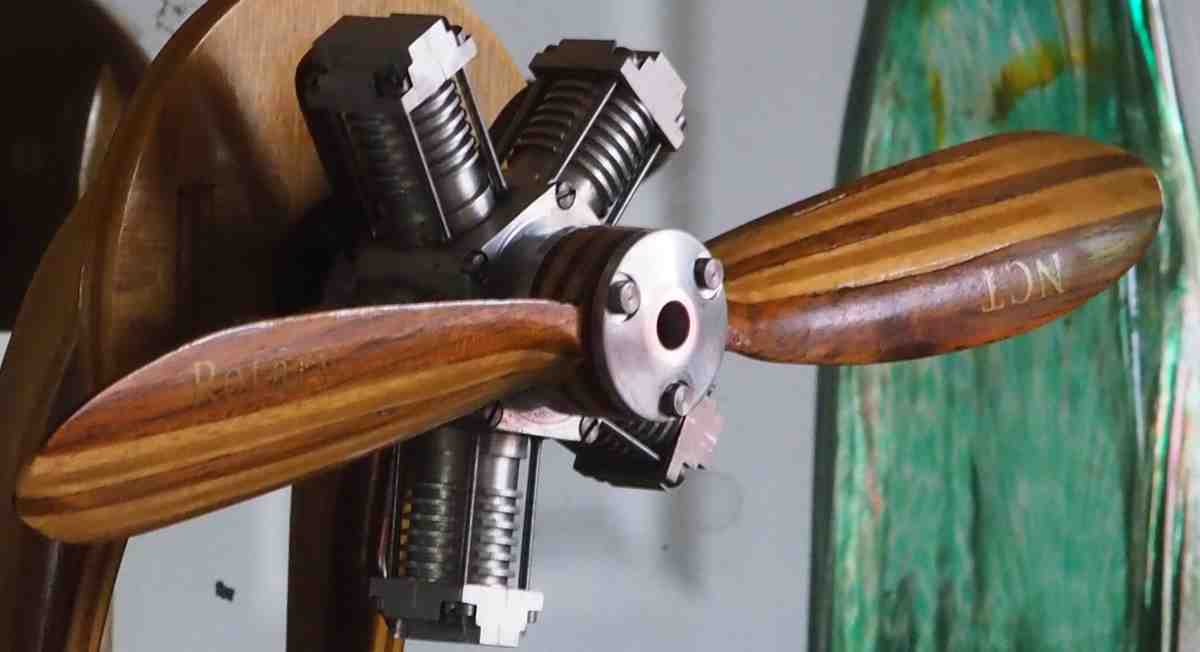 The propeller size should be chosen to match the engine and airframe. However, it may take some trial and error before you get the right propeller for your particular installation.

The first number in the propeller size is the diameter and the second number is the pitch. eg 20×8 is a 20 inch diameter and 8 inch pitch propeller. The 8 signifying that it moves forwards roughly 8 inches per one revolution.

A larger diameter propeller will improve low speed tick-over as it will provide a larger flywheel. This can be particularly important on a four-stroke engine. However, a very low engine speed may require the glow plug to be powered or it will cool down and the engine will stop. Also, a larger flywheel means that the engine will be more sluggish revving up as it needs more energy to accelerate.

Thinking about propeller safety will keep you and people around the model safe. Plus it will extend the lifetime of the model.

The propeller on an airplane or a drone is rotated at high speed, thus generating thrust. It also experiences a number of other complex forces that can place it under stress. As the propeller blades tend to be sharp to cut through the air they can also easily cut hands or worse. Therefore, however the propeller is being powered it needs to be treated with respect.

Before making or selecting a propeller it is worth understanding propeller dynamics. A propeller is an assembly of radially disposed blades with an airfoil shape that when rotated in air produce thrust.