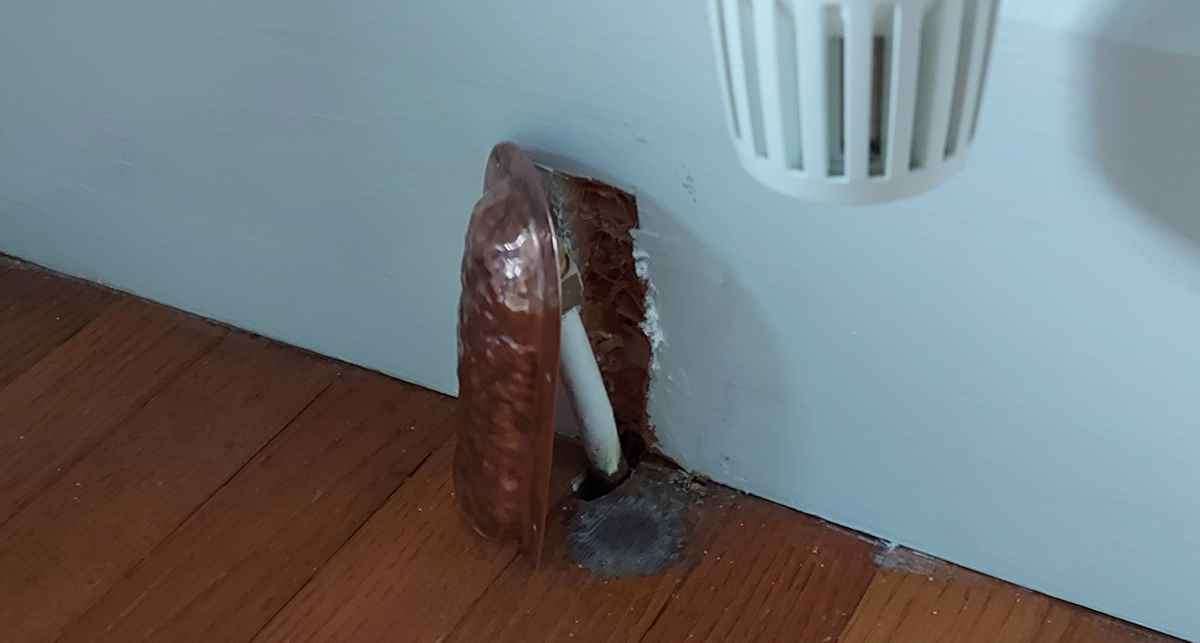 We needed to hide the old radiator pipes and one idea was to make copper covers. As I only needed two covers I didn’t want to spend much time engineering the former. Hence forming copper over MDF. Maybe more accurately into MDF.

Adding another skirting board layer on top didn’t feel right either. I did though want to protect them from the everyday bashes.

So I recessed the skirting board a small amount.

Previously I have formed copper endplates for a small vertical boiler using a steel former. This was a two part former and has allowed me to make a number of end plates.

This was a relatively easy shape to make formers for and so not too much of an overhead.

The former was just assembled from MDF and sandwiched in place. This was to primarily try and hold the edges flat.

The copper was annealed by heating the sheet in a gas torch until it went red hot. You can leave it to cool slowly or quench it.

Originally I made a male former to press into this shape. However, I could not hold it all together and apply enough pressure at the same time.

Hence, I just used a ball-pein hammer. This takes some time, but gradually the copper starts to take shape. You will have to anneal the copper again once you have some form to it. Otherwise you are likely to split the copper.

I think domed head screws would actually look better, but these brass countersunk screws were in my collection already.

The MDF former just about held together to make two parts. I mean just….

However, these look the part in a 1930’s house and they form a good function.

2 thoughts on “Forming Copper over MDF”