Mick Cherry – Gallery shows off a number of engines built by Mick, modified and improved. Including an unusual Loyal Cycle engine. 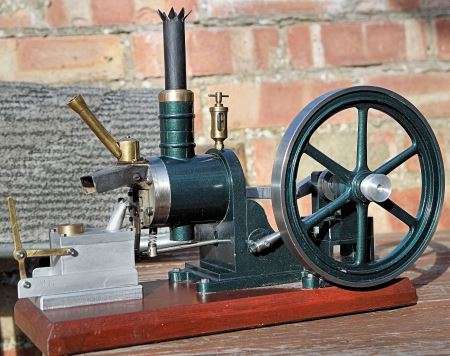 Vacuum Engine – the second vacuum engine from Mick that we have featured on our pages. This engine runs really well and ass you can see in the latest video has a great throttle response. 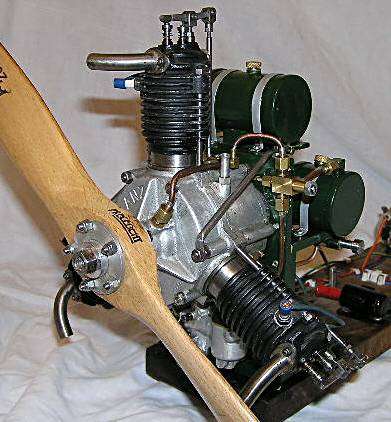 Anzani Engine – model engine was designed by Les Chenery and has a slipper big end and coil ignition the points hidden inside a dummy magneto. The inlet valves are worked by suction and the exhaust valves by push rod.

Hit and Miss Engine – I had the flywheels, main frame and base castings for a gas engine which I think were from Bruce Engineering. I made these the starting point for the engine. 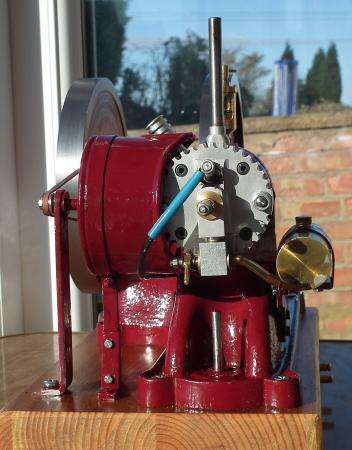 Loyal Cycle Engine – I knew about the Loyal Cycle engine but had put it to the back of my mind. After my Flame Engine had got damaged I thought it a shame to not use the main casting for something, and that′s how it came about.

Open Crank Farm Engine – The open crank farm engine was made after I had purchased a new lathe. I thought I would build something simple just to iron out any problems. 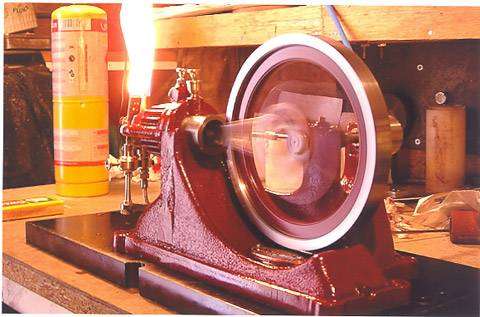 Rowland Vacuum Engine – Nick Rowland Flame Engine or Vacuum Engine. They seem to be called by a number of names, but in the end they are all vacuum engines. It really is a good design, Nick told me it took him months to get it working OK. The most critical part is the gas jet, it is formed using .002 shim.

You will see in the pictures of the assembled crankcase that it has a dull finish. The reason for this is quite simple. I would not have thought that in the 1920s these engines would have been highly polished, so all I am trying to achieve is the appearance of a casting.