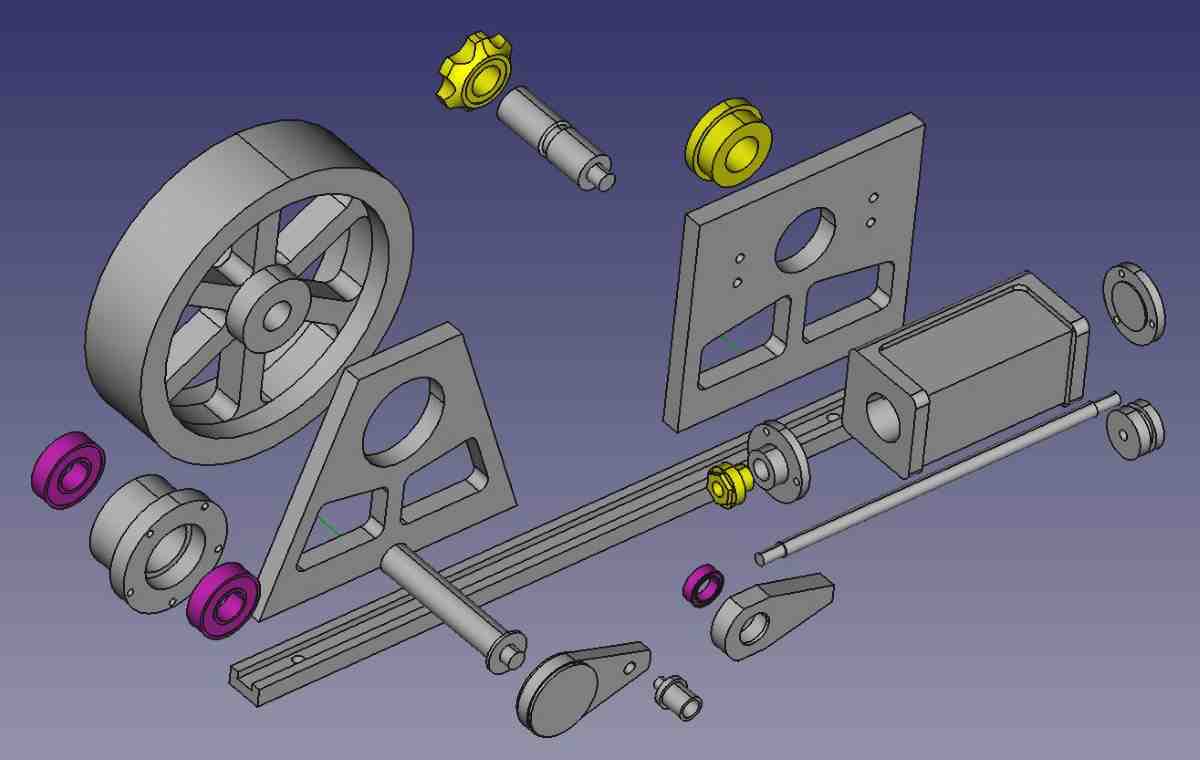 How Many Parts in an Engine? I was wondering and thinking about the oscillating steam engine plans that I have just produced in CAD. This is a very simple engine.

There are 21 separate parts in this exploded assembly drawing, of which 19 parts need to be made from stock material. However, this drawing does not include: compression spring, 23 bolts, 1 grub screw, 2 pipes and a T-piece, 2 piston rings. So a nice round total of 50 parts. This could be reduced a bit.

The simple Mamod single acting oscillating engine is made from around 10 parts.

This might be the lowest number of parts (including sub-assembly parts eg the crankshaft is 3 parts in the Mamod).

Stuart 10V double acting vertical engine has a similar number of parts at around 20 and then a number of fixings that again increases this total to around 50 individual parts.

At the other end of complexity is this Wright J5 9 Cylinder Radial that has greater than 1500 parts.

This fabulous engine was made by Ken-ichi Tsuzuki.

So to answer my question of how many parts in an engine the answer ranges from 20 to around 1500 depending on type of engine, number of cylinders etc.

A look at the history of the engine from Heron’s Aeolipile reaction steam engine to the oval pistons developed by Honda.

There were of course also a number of other key inventions in that 2000 year period.