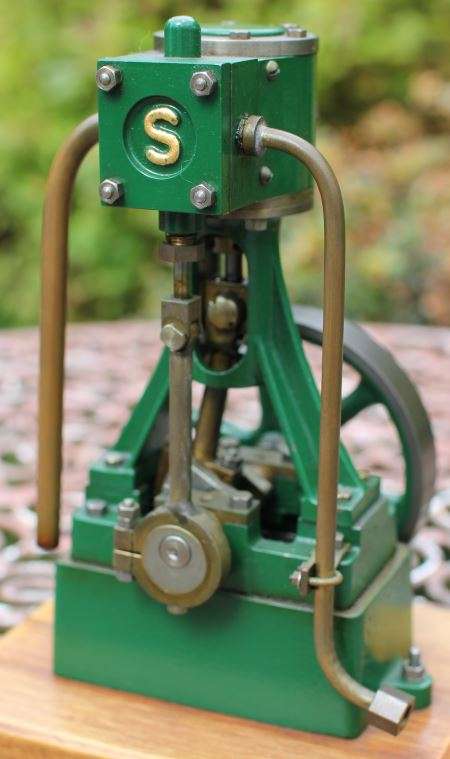 The slider crank linkage is common in steam engine design as it removes the side forces from the piston and from the connecting rod that is sealed by the gland as it passes into the cylinder. 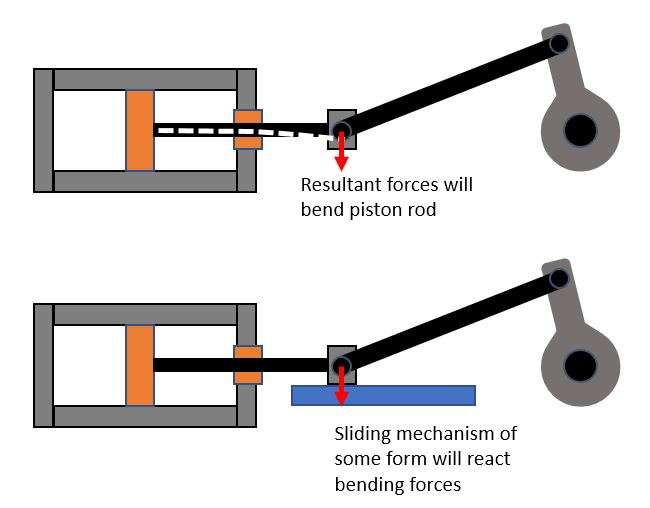 This schematic shows the without and then with a support for the jointed conrod. 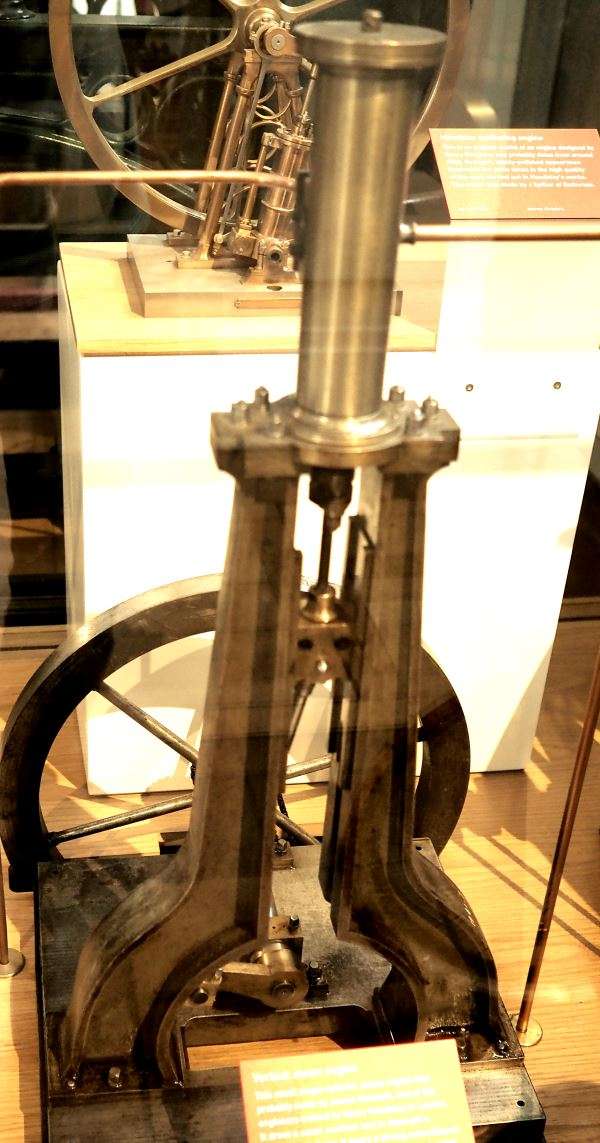 This small engine was made by James Nasmyth, one of the engineers trained by Henry Maudslay. This engine drove a small machine tool in Nasmyth’s private workshop.

The slider is very extended in length and at the same time very simple in design.

The conrod connecting the slider to the crank is very long compared to the length of the crank and so will result in a very sinusoidal motion.

In the slider you must accommodate the cylinder stroke.

Overall though, the slider crank linkage does result in a larger overall distance between the cylinder and the crank – this is a strong feature of this particular design and is shown particular well in James Nasmyth’s small workshop engine.

This small engine has a small bore and long stroke exaggerating the overall height of the engine. Although, the frames of this small engine look very similar to Henry Maudslay’s steam hammer design – this might just be coincidence or might be the result of left over parts. 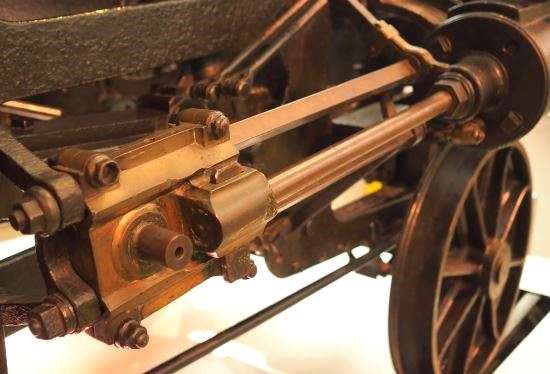 The sliding crank mechanism from Stephenson’s Rocket – this is the original locomotive as now exhibited in the Science Museum in London.

The bronze slider runs on two square steel bars that are held at one end to the end cap of the cylinder and at the other with a bracket. This image shows the slider pushed right up to the bracket, in reality the slider would not go this far, but the conrod connecting the slider to the wheel is missing. 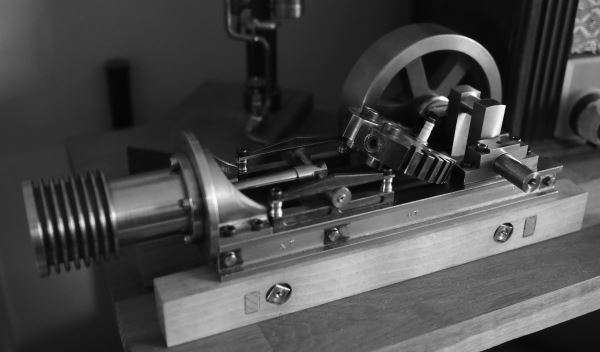 The slider mechanism on my transitional engine is a fairly traditional designfor a horizontal steam engine.

The two phosphor-bronze sliders run between hardened beams with the a pin through the centre that links the sliders, conrod and piston rod bearing all together. 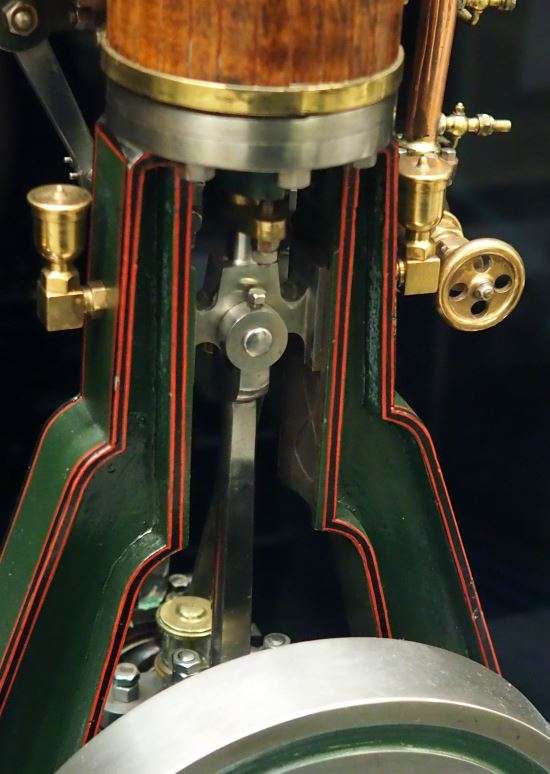 This small model vertical steam engine has a cylindrical sliding surface and slider. What I particularly like is the brass oiler cup on each side and the figure of eight machined into the surface to retain the oil.

The slider in this vertical engine has been machined to reduce the weight and give it an elegant design. The result is steel running against cast iron.

The only issue with this design as compared to the Stuart 10V is that the two sliding surfaces are located by the fixings of the upright castings at the top and bottom, whereas with the Stuart material is left between the uprights completing the cylindrical walls of the sliding surface – thus maintaining the relative dimensions more accurately.