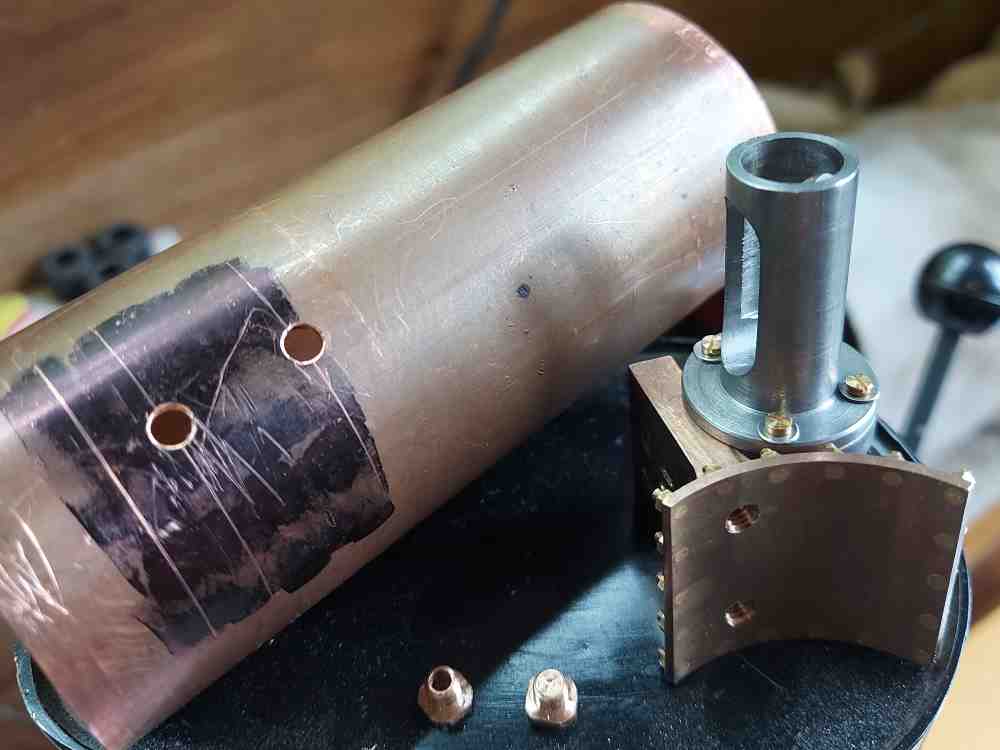 Why am I bolting the saddle to the boiler when I intend to silver solder it in place? Well, silver soldering can be difficult and the last thing I want is for the cylinder to shift in position.

The cylinder saddle of the Burrell miniature traction engine was machined from phosphor bronze.

The 12BA bolts around the circumference are just there for display. The heads countersunk on the curved underside of the saddle. Sealing this small part to the boiler with bolts just felt like asking for trouble.

Hence the intention to silver solder this to the boiler.

The cylinder position on the boiler needs controlling with a level of precision. Not feeling quite as adapt at silver soldering to allow this, I decided to bolt it in place first.

Not wanting any zincification I made the bolts from phosphor bronze.

One bolt has a steam pass through. This feeds the cylinder via a valve and straight through to a safety valve.

The second bolt is just a blanking bolt. These two bolts align the cylinder with the boiler. They will be silver soldered in place along with the underside of the saddle.

Thus, as you can see bolting the saddle to the boiler will remove any chance of misalignment.