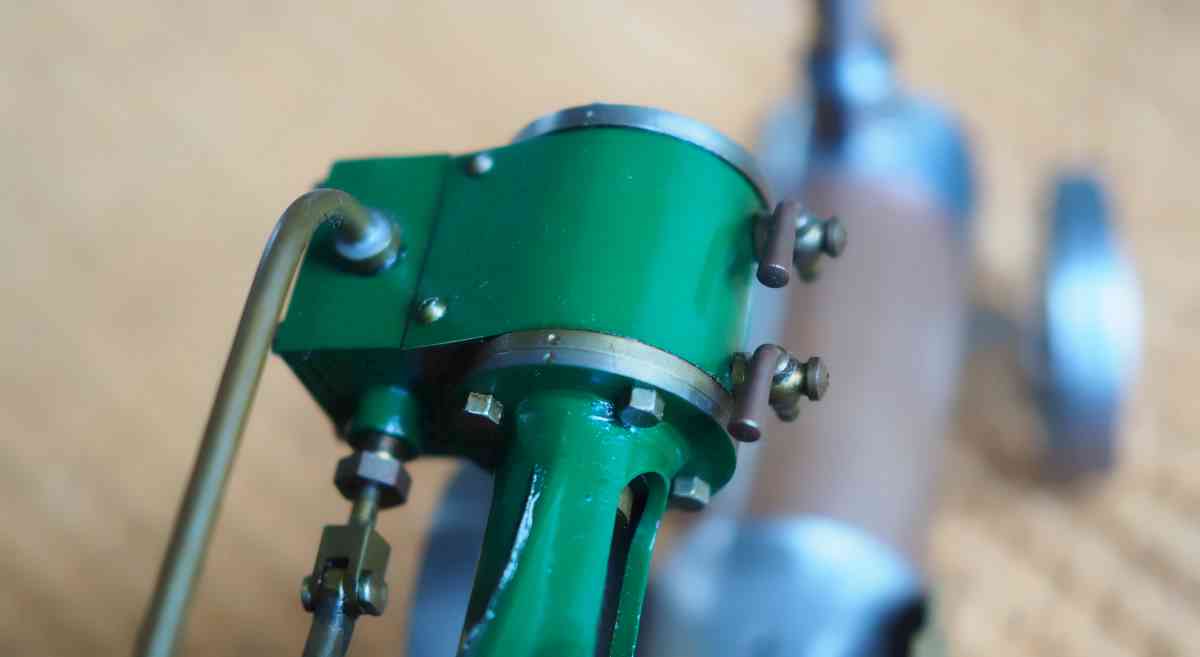 Looking at Burrell cylinder block ideas for the miniature Burrell traction engine. The issue is this traction engine is 1/20th scale and the cylinder bore is just 12mm with a stroke of 12mm. All of this makes it fiddly and I need to simplify the design to make it work. However, the real difficulty is how this cylinder block fixes to the boiler and forms a seal?

The Stuart 10V is a 3/4″ bore and stroke double acting engine that is roughly 1.5x too big. However, the cylinder, valve block and valve is of the correct design.

The valve is a floating design with the incoming steam pressure being used to push the valve against the port face.

The separate valve and cylinder block design is also being carried forward into my design for the traction engine.

One idea I have had for the fixing to the boiler and the seal was to solder in place a bracket. This would form the central plate between the cylinder and the valve block. It would also house the steam control valve and the safety valve. Some very rough sketches below.

One thought is to make this part from brass, however, is this sensible or am I risking dezincification?

A scale cylinder block and seating arrangement feels just too difficult to achieve. This approach with a central support bracket feels like the best of all the Burrell cylinder block ideas.

As per my usual approach I need to get some basic dimensions drawn out and then get machining some parts.