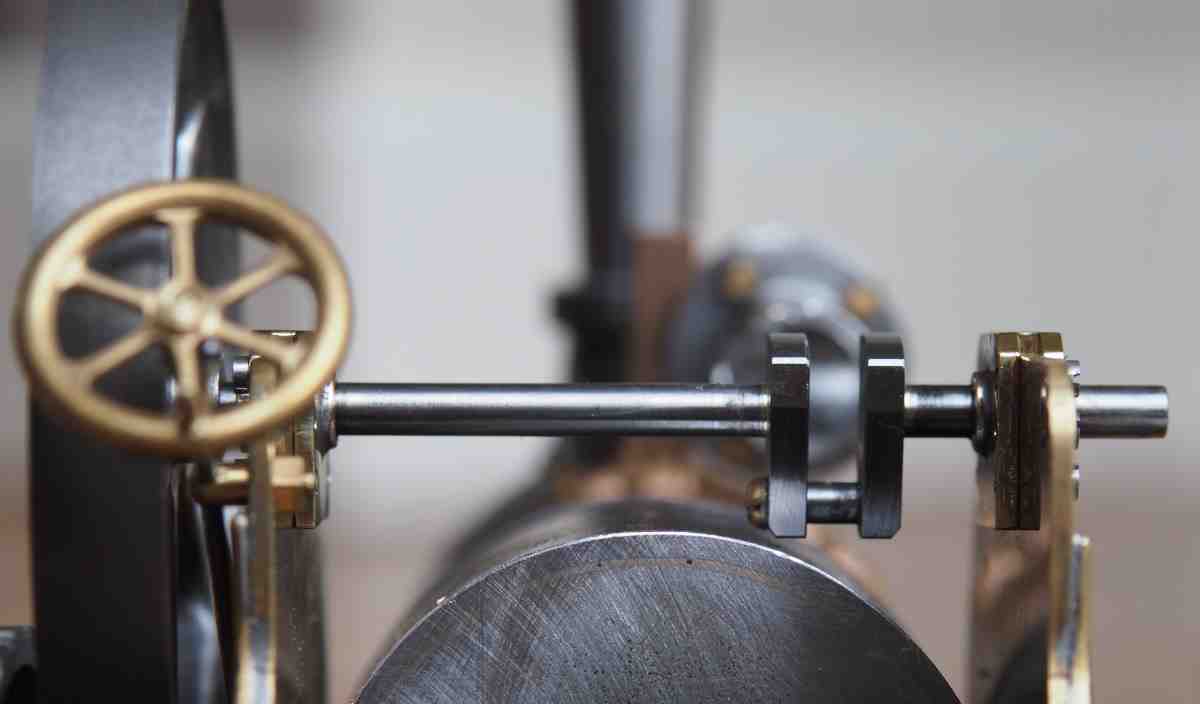 Crankshaft clearance has been a design concern for a while. The problem being exacerbated by the separate firebox that extends above the line of the boiler. Early in the design I highlighted this issue and thought I would have to reduce the stroke.

However, as you can see I’ve raised the bearing blocks 1.5mm and then chamfered the top corners.

There are 6 off 10BA bolt fixings for each block and these sandwich the hornplates. Originally my intention was to use 12BA fixings, but I just lost it with them after breaking 3 tapping drills and 2 bolts. The 10BA bolts are that little bit stronger.

Crankshaft clearance is tight, but as you can see I’ve chamfered the corners of the webs. Every little bit of help is needed on this tiny engine. There is now a good space to get the conrod big-end in and clearing the firebox.

The steering wheel is tight to the flywheel in this slightly raised position. However, that is solvable by placing the locknut under the steering wheel. Also, this actually looks better.

All of the small design changes I have made have allowed me to get a 7mm crank throw. The engine is now 12mm bore and 14mm stroke. I will do some calculations around torque output to see the impact. Probably small but everything helps.