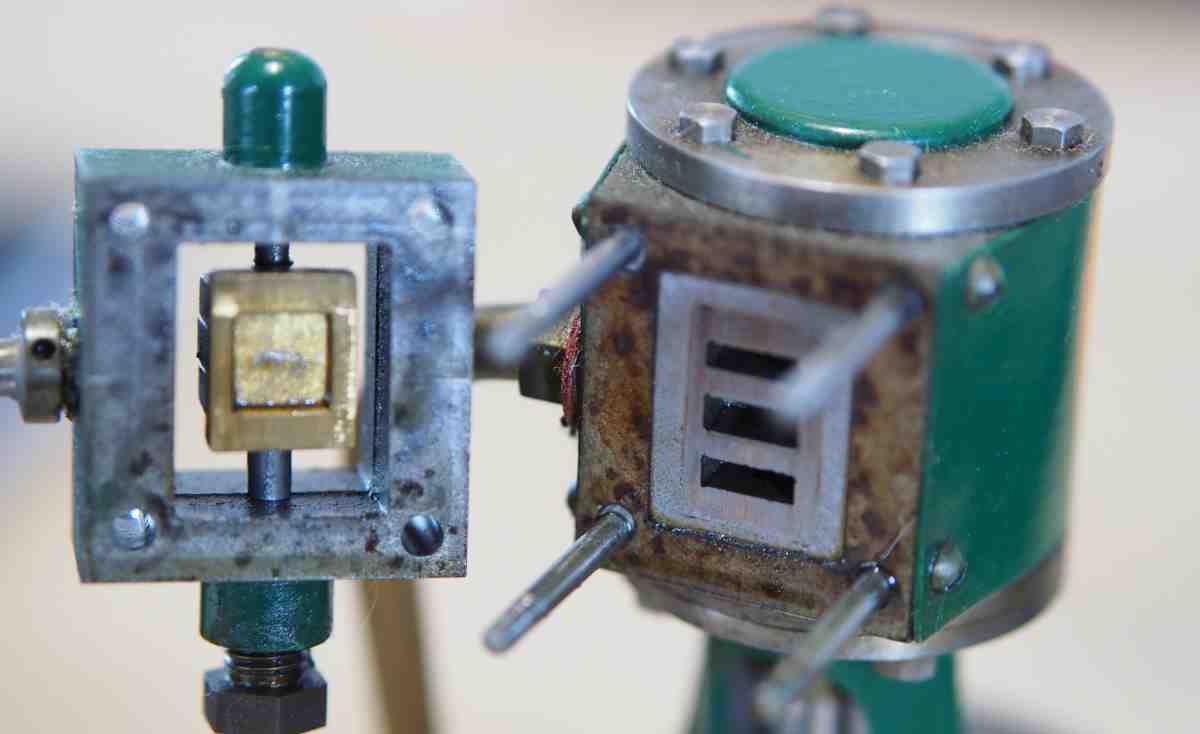 For the design of the Miniature Burrell Valve inspiration is coming from the Stuart 10V. Maybe more than inspiration, I’m measuring the valve dimensions and halving them.

This Stuart engine I made over 40 years ago and it still runs like a dream. Hence I thought that these would be good dimensions to measure up and use.

The engine on the miniature Burrell is just under half the bore and so I’m also halving the size of this valve and ports.

Valve chest cover removed from the Stuart 10V, only the second time in 40 years.

We see just 3 ports. Upper and lower ports are connected to each end of the cylinder. Centre port is connected to the exhaust.

The steam is supplied to the valve chest. This high pressure steam acts on the sliding valve block and keeps it in contact with the valve port face you can see here.

The underside of the floating valve shows the cavity that connects either end of the cylinder to the exhaust port.

This is a very simple design that is perfectly suited to my miniature Burrell valve.

Adjustment is achieved by rotating the eccentric on the crankshaft and by changing the position of the floating valve block by rotating the threaded pushrod. Between these two you can achieve a good level of adjustment.

The reverse gear will be achieved by using a second eccentric, it being timed to operate in the opposite direction. A mechanism to swap between the two eccentrics will give a simple forward and reverse.