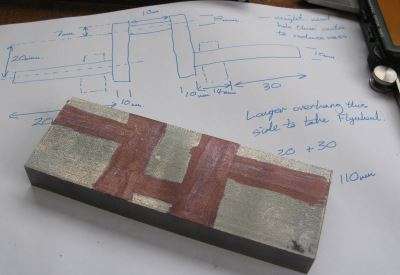 A crankshaft machined from a solid piece of mild steel. This is quite a daunting thing to machine for the new model engineer and so I have described the steps I’ve taken in making this crankshaft.

I often use a permanent marker rather than engineers blue as it is a lot less messy and it works just fine for marking out.

The crank is single throw and made from a piece of 0.5″ x 1.25″ mild steel. The crankshaft is for my steam converted to gas transitional engine. 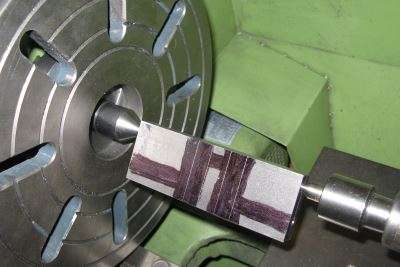 The material held between centres on the Warco WM240B 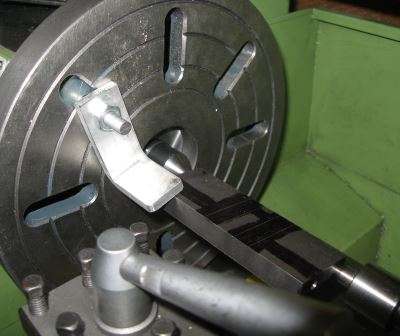 The drive dog is a right-angled piece of aluminium.

This drive dog reacts against the workpiece, the trouble is there is some vibration and impact as the workpiece is very much out of true at the start of this process.

This part of the machining is quite hard with quite a lot of swapping of tools left to right hand. Also, you do need to take your time with the machining and small cuts.

Patience will pay off here. 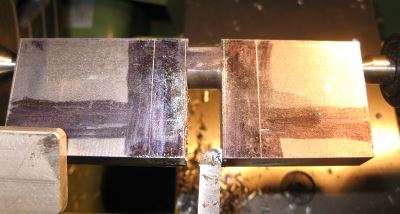 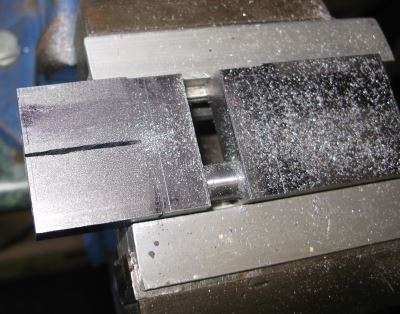 The permanent pen markings come into their own when you are removing large areas of material with the hacksaw.

Already there is quite a lot of time that has been put into making this crankshaft and cutting out large chunks with a hacksaw feels quite scary.

Use a new hacksaw blade to ensure that it will cut straight, watch that there is no runoff of the blade and easy does it. 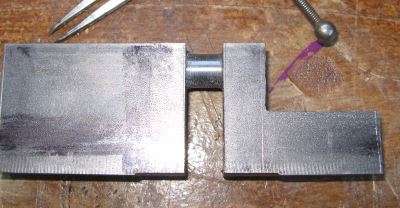 With the material removed it is easy to see now that when I hold the main shaft between centres the gap in the shaft where the step is for the crank will struggle to react the axial force that will be applied in the lathe. 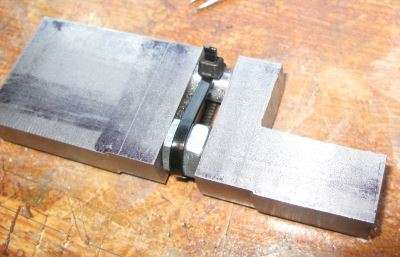 I locked 2 nuts onto a threaded bar and machined the faces down so that they were smooth and to give an overall length that would fit the gap between the crank webs.

The 2 nuts with the threaded bar were then placed between the webs and carefully loaded against the webs, not too much force as this will spread the gap too far, needs to be enough to react the axial force between centres. 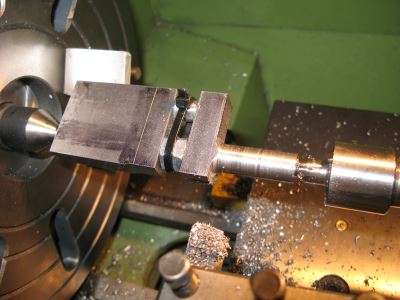 I used a cable tie just to stop the nuts coming out and whacking me between the eyes. You never know when machining if something comes loose at speed it will launch itself across the workshop.

The machining of the roughly square mild steel takes some time as small cuts are best or the forces you will impart on the crank throw will be very high and that could result in you deforming it. When the crank is in the engine the bearings will support the crankshaft at the side of the webs and even with the combustion forces the web and crankshaft is very unlikely to come to any harm. However, the forces during machining are very different and the support of the crankshaft is poor in comparison.

I haven’t calculated the forces to check that a cable tie can hold this, but feels reasonable and I imagine I would get some warning of the nuts and piece of threaded bar coming loose. 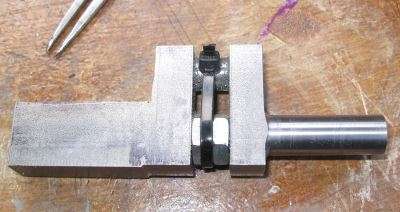 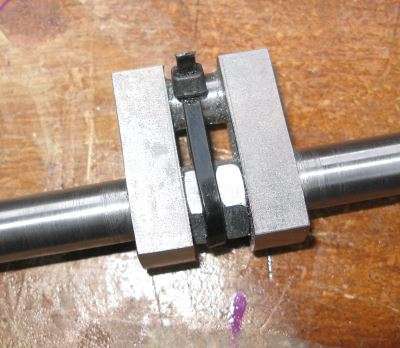 Both ends of the crank now machined down to 12mm diameter.

In this image you can see that the turning is not perfect, but at this stage I have a roughed out crankshaft.

With the cable tie removed you can clearly see the 2 nuts and just see the threaded bar.

Thinking about it now it would be quite neat to use a bolt and a nut and machine down both faces. This would reduce any chance of the short threaded bar snagging and marking the inner face of the web. 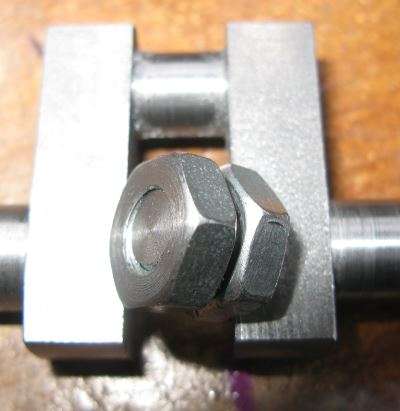 This gives you another view of the nuts and threaded bar. The machined face of the nut can be seen.

Here you can see the nuts and small length of threaded bar that was used to react the loads when holding it between centres.

The crankshaft in a good state of machining and it was at this point I showed the crankshaft to a fellow engineer and he liked it but commented as to whether it was parallel – hmm, that simple comment made me wonder and so I needed to make some measurements. The easiest way was to mount this back in the lathe. 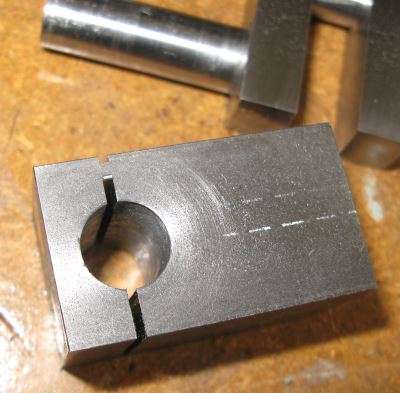 One way to machine the big end and to get it true is to mount the crankshaft in a four-jaw chuck, the issue is that the jaws will be holding the main shaft at a large offset and so probably just 2 jaws will be engaged on the shaft and hence little forces to stop it going sideways.

One option is to make a block to clamp and allow all 4 jaws to engage at a large offset.

The block was machined to ensure the ends were perfectly square and then a hole was drilled offset.

The slots were cut with a slitting saw using the milling machine, these allow the block to be tightened in the four-jaw chuck to hold the crank tight in an offset location. 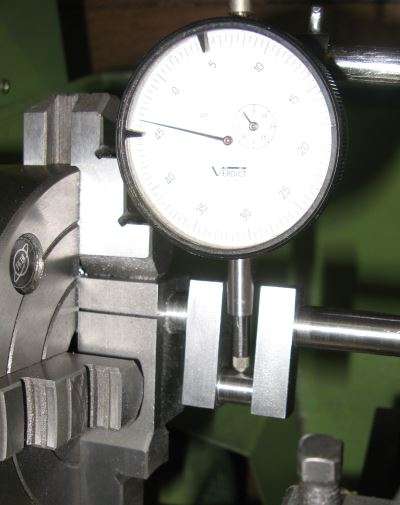 A dial gauge is used to get the big end running true.

You will need a lot of patience and practise to get the shaft absolutely true.

One other thing that is good about the block is that you will not leave marks on the crankshaft from the jaws of the chuck. 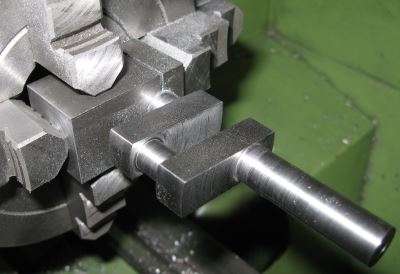 The block rotates and the big end runs dead centre.