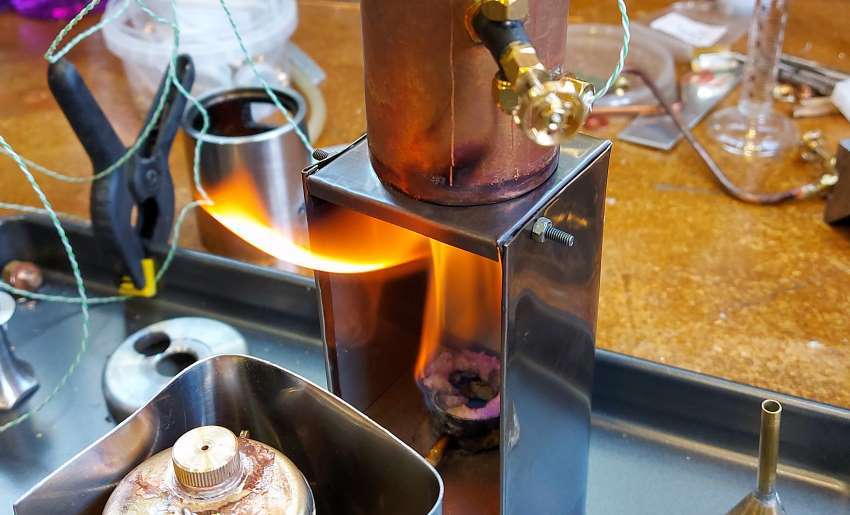 Engine combustion is a vast subject area and can cover both external and internal combustion.

Fundamentally, combustion is a chemical reaction between a fuel and an oxidizing agent that produces heat and light.

The vigorous and exothermic reaction that takes place between certain substances, particularly organic compounds, and oxygen.

For the combustion of a hydrocarbon in air we have the simple equation:

The mass of air supplied to the engine divided by the mass of fuel supplied in the same period of time.

The stoichiometric, or chemically correct, air-fuel ratio is the exact ratio necessary to burn all the carbon and hydrogen in the fuel to carbon dioxide and water with no oxygen remaining.

The fuel-air ratio is the reciprocal of the air-fuel ratio.

The injection of air into a system. Fresh air is injected into the exhaust ports of an engine for additional conversion of carbon monoxide to carbon dioxide and combustion of unburned hydrocarbons found in the exhaust gas.

The space above the piston in which the fuel-air mixture starts to burn in an internal combustion engine.

Combustion Chamber Volume – is defined as the remaining volume when the piston is at TDC.

Pre Combustion Chamber – a chamber in the cylinder head of some engines into which the fuel is injected, ignited, and partly burned, the rest of the fuel being thrown out into the main combustion space where combustion is completed.

The pressure created during the combustion of the air fuel mixture in the cylinder.

Brake Mean Effective Pressure is the average effective cylinder pressure that does useful work calculated from the brake horse power. Abbreviated BMEP, this is a fundamental parameter associated with an engine design.

The catalytic converter for cleaning up exhaust gas was invented by Eugene Houdry (1956), probably best known for inventing a process for cracking crude oil.

The concentration of oxygen in the exhaust of an engine is used in closed-loop fuel control systems to indicate rich or lean air fuel ratios.

Oxygen, measured as a percentage of the exhaust volume, reflects the amount of gas remaining in the exhaust sample after the combustion process has taken place.

Ambient O2 readings should be about 20%, reflecting the natural amount oxygen found in the air.

When we talk about the engine ignition system there are two fundamental types:

This is the system for igniting an fuel-air mixture that has been compressed in the cylinder by the motion of the piston.

A combustion reaction or process that does not convert all of the fuel′s carbon and hydrogen into carbon dioxide and water, respectively.

Thought I would take you through bench running a small glow plug engine. This is quite easy to do, you just need to follow some simple steps and you will be ready to go. Bench running is a good way to get used to starting and tuning these small engines.