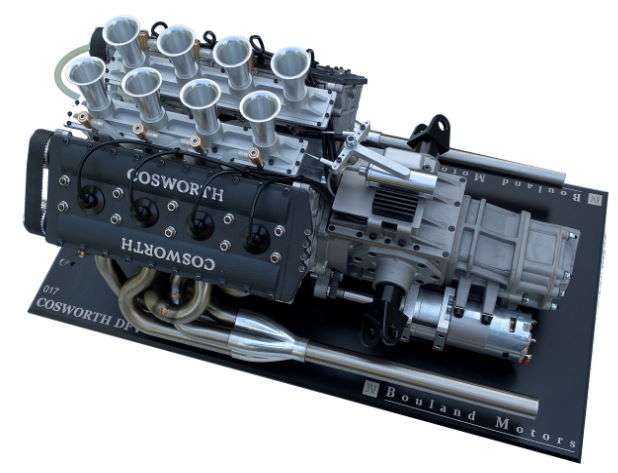 Brake Mean Effective Pressure is the average effective cylinder pressure that does useful work calculated from the brake horse power. Abbreviated BMEP, this is a fundamental parameter associated with an engine design.

The work accomplished during one engine cycle divided by the engine swept volume. It is essentially the engine torque normalized by the engine displacement. The word ′brake′ denotes the actual torque/power available at the engine flywheel as measured on a dynamometer. Thus, BMEP is a measure of the useful power output of the engine.

This is easily re-written so that it works for engine displacements in litres:

From the above equations you can see that the peak BMEP is achieved at peak torque. In most engines peak torque is achieved below peak power. The table below gives a BMEP range for different engine types.

During the cycle of an engine useful work is only done on the power stroke. By measuring the cylinder pressure through a cycle it is possible to calculate the average pressure that is useful. This is the Indicated Mean Effective Pressure.

It was December 2015 and Marcel Bouland, scale model engine enthusiast and collector decided to develop a fully working 1:3 scale Cosworth DFV engine. Many people were asking if he wanted to sell one of his scale model engines, the answer was no. So it was time to make a small series from a very attractive scale model engine and yes, that had to be the COSWORTH DFV. Not only looking great, but with 155 Grand Prix victories between 1967 and 1983, the most legendary F1 engine ever built!