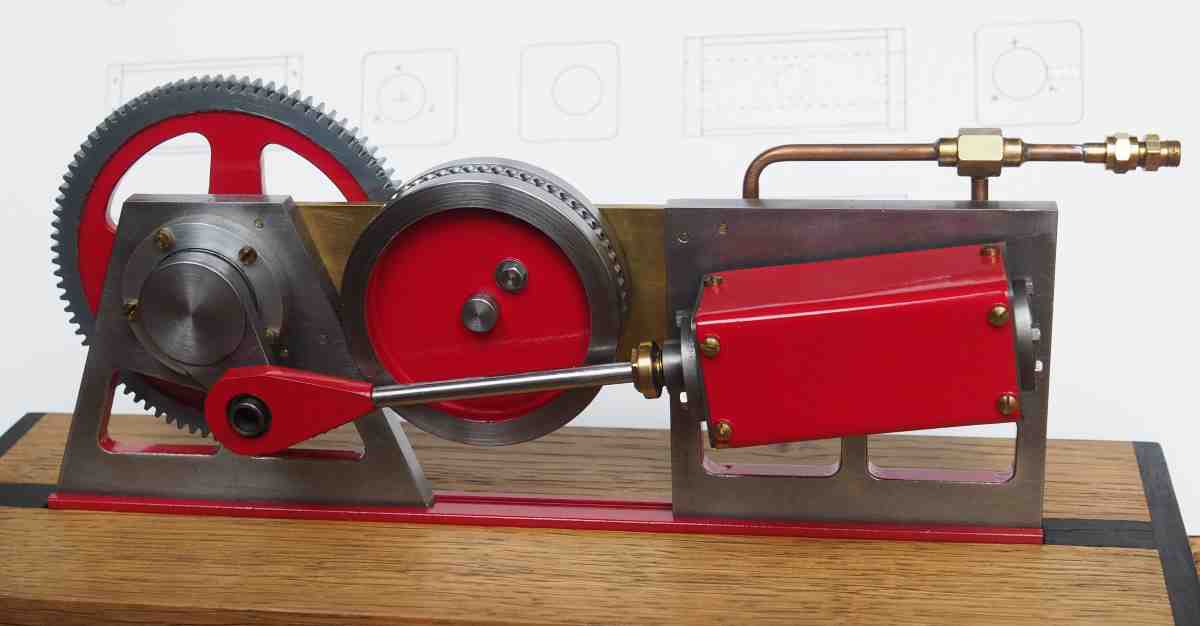 The gears on this engine were just purchased as a random set from ebay. They function well, but the inherent relationship between the flywheel and the engine results in noise from the backlash. The function of the flywheel is to store energy during a power stroke and to then use this energy to rotate the engine through the exhaust stroke. The dead spots in this engine when the flywheel is required are helped because it is double acting. But there are still two dead spots at the end of the stroke in both directions.

In the video I mention the plan is to use the exhaust gas to drive the flywheel. Hence the turbine like machined half-rounds machined around the circumference. Thus extracting as much energy from the gas as possible. This would also help supply a more consistent input to the flywheel. However, the pipes for this would add more back pressure to the exhaust and hence reduce the overall efficiency of the gas expansion.

The alternative I have considered is to add another gear as an anti-backlash gear. This would reduce the noise, but it would increase the friction and hence losses in the gear meshing.

Overall oscillating engines are quite easy to design and make. Also, as you can see in the video they are rewarding to watch running.