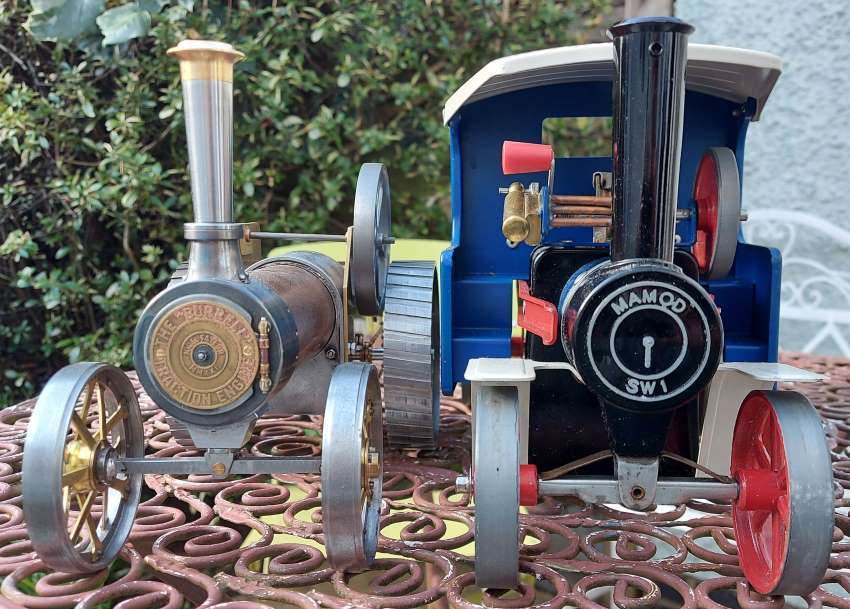 I was asked to compare 1/20th Scale Burrell vs Mamod. Now I don’t have a Mamod Traction Engine (TE1), but when I was around 10 years old I got a Mamod Steam Wagon for my birthday. So I got up in the loft, found the Mamod in it’s original box and wrapped in plastic bags.

The front end of the Mamod Steam Wagon is the same as the traction engine model that they made. This then shows that the engines are quite comparable in size.

1/20th Scale Burrell vs Mamod in elevation is interesting. The Mamod has the single acting oscillating engine, The double acting slide valve engine for the Burrell will be much more powerful. The power will be helped by a slightly higher working pressure, I’m thinking of somewhere around 40psi.

The Burrell is slightly smaller in scale.

Looking at the Mamod website and you can still buy the traction engine as a kit of parts. That is very tempting. This blue steam wagon is also available ready to run.

Hopefully this has helped put the Burrell traction engine that I’m making into context.