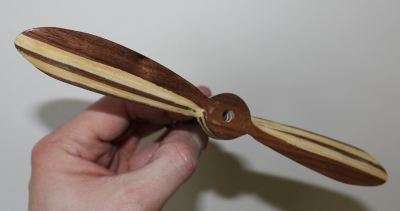 Thinking about propeller safety will keep you and people around the model safe. Plus it will extend the lifetime of the model.

The propeller on an airplane or a drone is rotated at high speed, thus generating thrust. It also experiences a number of other complex forces that can place it under stress. As the propeller blades tend to be sharp to cut through the air they can also easily cut hands or worse. Therefore, however the propeller is being powered it needs to be treated with respect.

Propellers are one of the key components that need to be carefully designed and maintained. Propeller safety contributes significantly to overall flying safety.