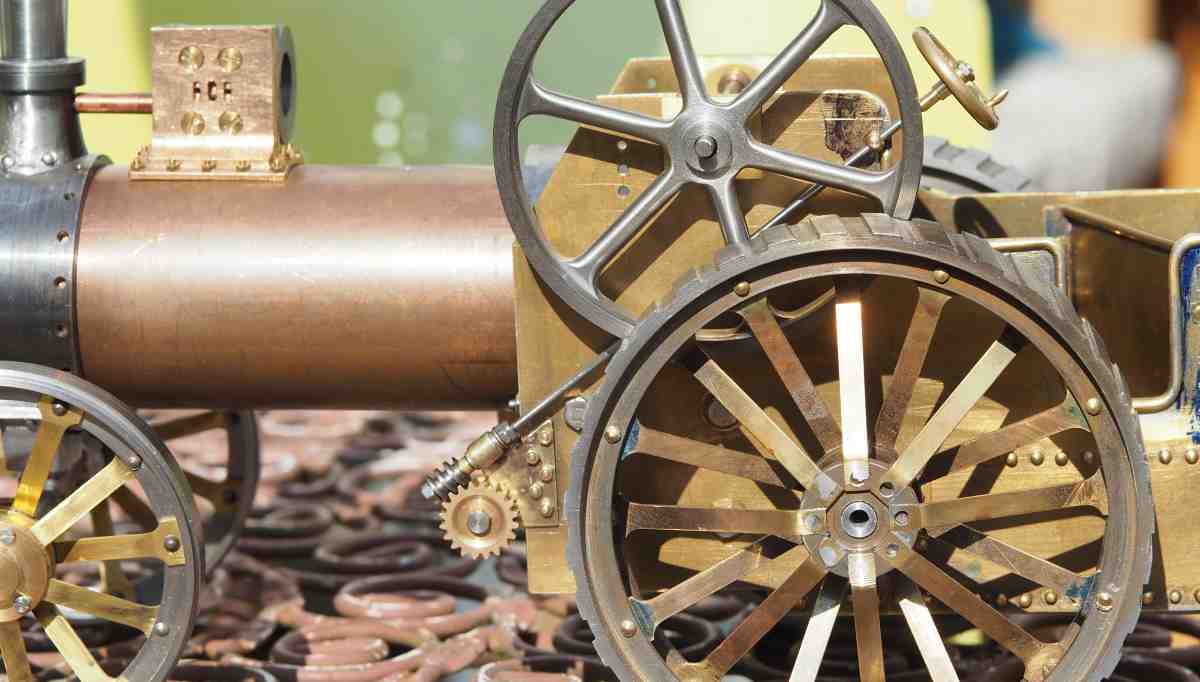 The worm and wheel runs smoothly in either direction. Plus there is hardly any backlash. Not bad for a homemade hob to cut the teeth on the wheel gear. Although, I think the deep thread on the worm helps give a robust engagement.

The worm and wheel just after I had machined them.

The gear wheel is phosphor bronze, a good choice of material for an application such as this. The worm was made from mild steel. I thought about case hardening the worm, but for now it is just the base metal.

Before adding the chains to the front axle you can see in the following video that the steering mechanism worm and wheel runs smoothly. At this point there was not oil on any of the bearings or gear-worm interfaces.

The process I used to make this where I index machined the gear teeth to half their final depth. Then hobbed the gear in the lathe using a homemade hobbing cutter worked really well. This shows that it would be possible to machine a much larger worm and wheel combination with this method. I think a worm and wheel even for a rotary table could be machined in this way.

Once the engine is complete, painted and operating with all parts oiled I think the steering will feel very authentic, even at this tiny scale.