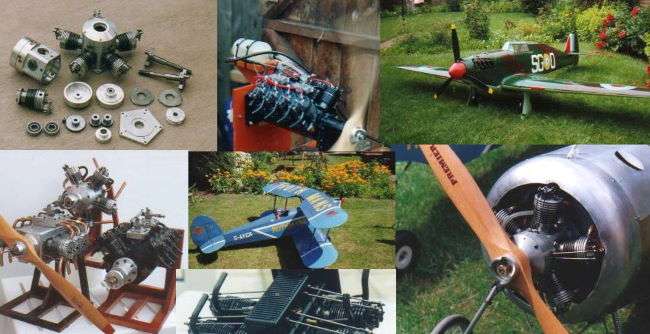 Bob & Ron Lane were Cockneys from the East End of London. They remember going through most of the Blitz sitting under the kitchen table. Bombed out twice but survived. Richard Lane, a distant relative, worked as a bricklayer for Isambard K Brunel on the first Thames tunnel in the 1800s. Mentioned in the book “The First Thames Tunnel”. Their Grand Father on their Dad’s side was a lift engineer. He made model live steam locos on a foot treadle lathe under gas light. Winning a prize at a pre-war model engineering show, but sadly this engine was lost in the war.

Their dad followed in his dad’s steps as a lift engineer. He made two steam locos. A freelance 2.5″ gauge, and a 5″ Evening Star (the last British Rail Steam Loco made), three reflector telescopes: a 9″ and two 12″ diam. grinding the mirrors himself. He also made two televisions, in the 1950s, and a three wheel car similar to a Reliant Robin with a V twin Jap engine. Their dad was very clever and they learnt a lot from being brought up in a workshop. Ron was an apprentice tool maker and worked for Mullard Radio Valve. Bob was also a lift engineer, fitting lifts in places from restaurant dumb waiters, to mines and ships.

Bob & Ron Lane started Aeromodelling in 1947 when an uncle who was in the Royal Flying Corps as a Rigger gave them a rubber powered plane that they crashed. Their Dad bought them an ED Bee for Christmas. It cost £2.7.6p in old money. They went through gliders, rubber and power free flight, control line, very early home made Radio Control, single channel, Galloping Ghost, then Reeds, and then Propo since the early 70s. Ron is the lathe expert and did all the machining. Both assembled and tested the engines.

Bob made a dummy 7 cylinder radial engine for one of his autogyro’s.

The article on how to make a dummy engine was posted on glue-it.com nearly 20 years ago and has been well received over the years. A great step by step guide of how to turn scrap into a model.

An alternative to two engines – one engine and a flexible drive!!

“From initial tests I think to drive 2 props off one I would increase the engine capacity by 50% above that recommended for a model using one engine.”, Bob Lane

Bob made a wood mock up of the Radial to get the idea how they worked. Even with Richard Green’s drawings its not easy. He made fixtures to get all the parts the same and for speed. Crank cases and shafts are all one offs. Making the crankshafts and camshafts was very tricky.

Fitting the pistons and rings to get good compression was difficult, and the type of glow plugs makes a difference to the performance. Even so, both radials started by hand and on slow speed. At tick-over it is easy to see the blades. Disaster on the first flight of the first radial was an alloy conrod breaking. Luckily not much damage. A simple conrod design change to fluted steel rods solved this problem. The radials needed a lot of oil to prevent seizing. Leading to a common problem with radial engines of the bottom cylinder plugs tending to oil up. Solved using an on board glow plug power supply at low engine speeds.

The compression improved with running on all of the engines, a sign of well designed and made parts. The 16cc Boxer twin has wet liners in alloy fins, the intention being to use it in an autogyro.

A V8 glow plug engine. All parts machined from solid, no castings in sight. For all of the engines, the barrels, heads, valves, rockers, and pistons are the same 8cc swept volume design. The V8 has a reduction gear to drive a 24″ three blade home made prop. This engine would run without a prop. It was used in a 5th scale Hawker Hurricane MK 1 but due to a collapsed under cart the plane met its end. Luckily the engine was undamaged.

This fantastic collection of engines made possible by designing all of the cylinders, rockers and valves to be identical. All to an 8cc capacity and machined from bar stock. No castings used at all. And all made using a Myford Super Seven lathe, and a Cincinnati mill.

The Gas Turbine, the HD4 was designed by Harold Denver.

Two extraordinary model makers who have made a huge contribution. We have articles on dummy engines, windmills and a twin engine Mosquito with two propellers powered from one engine. Bob & Ron Lane, creative and talented model makers.