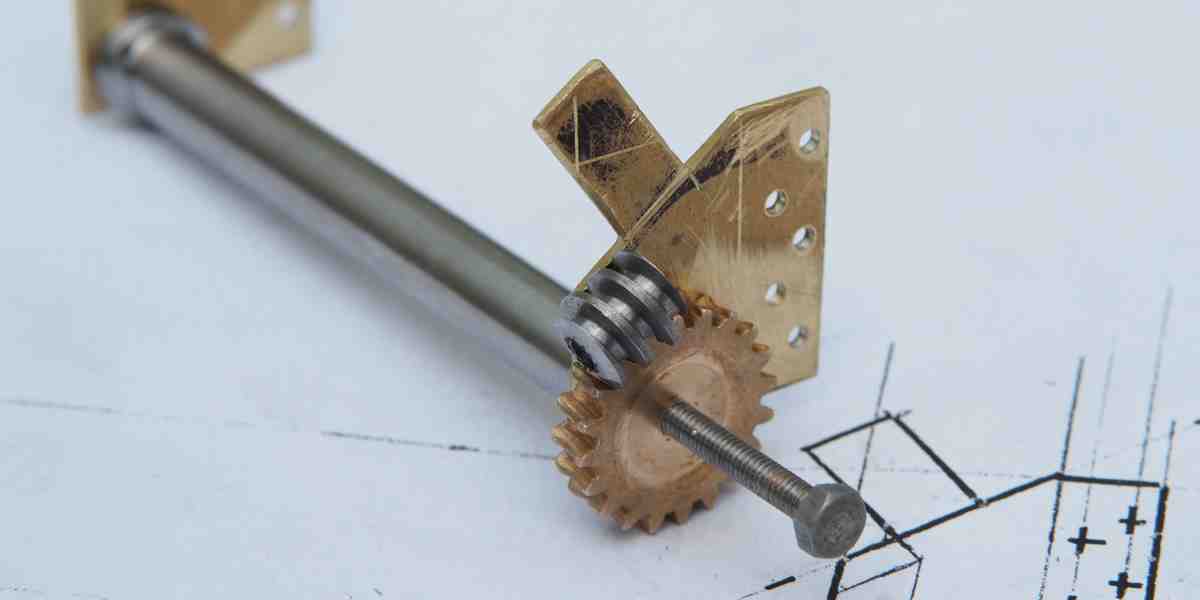 A bit of an update on the Burrell steering bottom end. Now this is a miniature traction engine at just 1/20th scale. I use the term scale loosely as this is perhaps what I would say is stand-off scale. This will be apparent when you see this steering system.

The worm and wheel are described in a separate post. I also describe how I indexed the teeth and then hobbed them to get a better form.

It is key that the bearing for the steering column is set at the correct distance from the gear wheel. This will allow the steering to have minimal backlash and take advantage of the hobbed fit.

The side plates were made from 0.9mm thick brass. The intention is to rivet these in place, but initially I will bolt them with 12BA countersunk bolts. These can then lay flush on the inside surface.

The tag on the left hand side plate is to wrap around the bottom steering column bearing.

The line of the bearing was judged using a bolt in the worm gear. The steering column aligns with the angled edge of the bracket.

This all means the bearing hangs half over the edge of the bracket. The tag wrapping around it.

The bearing was made from phosphor bronze with a 3/32″ reamed hole through the centre. A good size as it is larger than an 8BA thread.

The bearing was machined with a flange at each end. Thus allowing the tag of brass to hold it in place. However, this did mean the bearing needed a flat side to allow it to sit onto the bracket.

The bearing was silver soldered to the bracket using easyflo paste.

Brackets bolted in place with 12BA countersunk bolts. Riveting the plates in place would be more correct, but for now this works well.